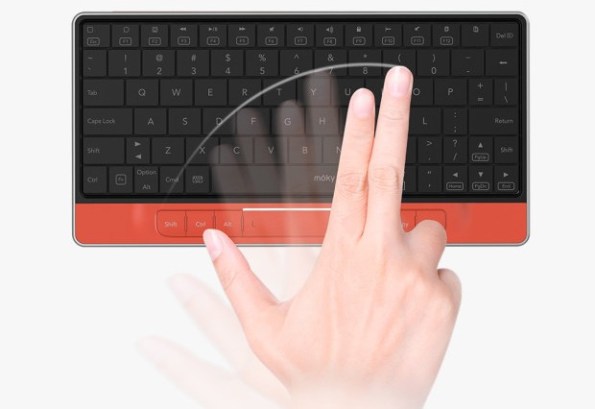 Jazeera has submitted a letter of intent to buy the stake, it said in a statement, adding this was expected to be the first privatization by the government that exceeds the $3 billion mark. It didn’t specify if this amount reflected the valuation of the 35 percent stake or the entire company.

The carrier’s chairman Marwan Boodai said Jazeera aims to make Kuwait Airways “a leading airline that meets the ambitions of the Kuwaitis and travelers across the world”. The carrier’s chairman Marwan Boodai noted that the request of acquisition came in line with the country’s policy seeking to encourage the private sector to contribute to promoting the national economy.

Boodai added Jazeera is a joint-stock company and publicly listed at the Kuwait Stock Exchange. Kuwait Airways is one of the Middle East’s oldest airlines but has struggled in the face of competition from younger Gulf carriers such as Qatar Airways and Dubai’s Emirates. Boodai told Reuters in October that it was preparing to make a bid for a 35 percent stake – the maximum allowed by a private investor under Kuwait’s privatization law. Logistics firm Agility has also been linked with bidding for the stake. — Agencies

A statement by the security information department said Fahd held a joint coordination meeting with the Awqaf ministry’s undersecretary in the presence of assistant undersecretaries of both ministries in order to discuss security measures for places of worship and highlight civic values in the society.

Fahd said the meeting comes on the heels of security developments and heinous criminal acts against some worship places in Saudi Arabia. He said religion should not be used as a cover and an illegal approach to commit crimes in this holy period of the year. He said all security facilities are at the service of the awqaf ministry to provide a secure atmosphere and deal decisively with all those who compromise the security of places of worship or do not respect the sacredness of the holy month.

His Highness the Amir Sheikh Sabah Al-Ahmad Al-Jaber Al-Sabah hands the Sovereign Grand Master of the Order of Kuwait to the son of the late Jassem Al-Khorafi.

KUWAIT: His Highness the Amir Sheikh Sabah Al-Ahmad Al-Jaber Al- Sabah granted the late former speaker of parliament Jassem Al-Khorafi the Sovereign Grand Master of the Order of Kuwait, in recognition of the remarkable efforts the deceased exerted in the political field and the venerable services he offered to the country.

The ceremony was held at Seif Palace and HH the Crown Prince Sheikh Nawaf Al-Ahmad Al-Jaber Al- Sabah was also in attendance along with Deputy Minister of Amiri Diwan Affairs Sheikh Ali Jarrah Al-Sabah and members of Al-Khorafi’s family.

Amir condoles Biden In other news, HH the Amir sent a cable yesterday to US Vice President Joe Biden, expressing condolences over the death of his son, Beau. HH the Crown Prince and HH the Prime Minister sent similar cables. —KUNA

KUWAIT: The Interior Ministry yesterday urged the Ministry Of Commerce And Industry to stop issuing new commercial license or renew existing ones for delivery services unless it approves it. The ministry’s demand was made in view of the growing demand for such licenses.

Nurses’ two-day off Health Ministry’s Undersecretary Dr Khalid Al-Sahlawi said that following a meeting with the Nursing Society, the ministry agreed to grant Kuwaiti nurses two days off every week. Sahlawi explained that the two days off would first be given to Kuwaiti nurses, then to GCC and bedoon ones. Sahlawi added that it had been also agreed to increase bedoon nurses’ salaries.

Commerce ministry still staggering: Turaiji MP Abdullah Al-Turaiji claimed things in the ministry of commerce and industry are still poor and that none of the elements mentioned in the grilling motion filed against former minister Abdulmohsen Al-Mudej were resolved. “Though the new minister is not responsible for mistakes, corruption and favoritism prevailing in the ministry, he is responsible for finding solutions for such problems,” he underlined.

KUWAIT: Following multiple blackouts in Kuwait over the past five days, another blackout was experienced after another Doha power unit malfunctioned. The breakdown was reportedly due to high temperatures. The unit was repaired in less than an hour. Meanwhile, another blackout happened in Farwaniya and emergency teams were dispatched to fix the problem.

NGOs demand equal rights A number of NGOs recently filed a complaint to the Housing Minister Yasser Abul, demanding equal housing welfare rights with men, especially in relation to Kuwaiti women married to non-Kuwaitis. NGOs that filed the complaint include the National Syndicate for Family Security, headed by Dr Khadija Al- Mahmeed; the Women Social and Cultural Society, led by Lolwa Al-Mulla; the Children Society, led by Dr Balqees Al-Najjar; the Sociologists Society, led by Abdul Rahman Al-Tawheed; and others

Wife divorces husband over tight abaya Upon her request, a family court recently divorced a Kuwaiti woman from her husband and forced her to return a KD 6,000 dowry he had paid her. The woman had an argument with her husband, after he ordered her to wear a tight abaya. She refused and eventually asked for a divorce.

The post Heat blamed for series of blackouts in Kuwait appeared first on Kuwait Times.

KUWAIT: Oil Minister Ali Al-Omair yesterday categorically denied press reports that his proposed appointments in the oil sector are for political reasons aimed at controlling the vital sector. Omair also denied a report in Al-Rai newspaper which alleged that Omair was behind the appointment of two relatives as employees in the oil sector, saying the two are not related to him. The paper claimed in its edition yesterday that the two are members of the Omair family and related to the minister. The minister insisted that he has proposed to appoint 23, and not 43 as claimed, executives in oil companies out of 61, which also refutes that the aim is to wrest control of the vital sector.

Omair however did not say when he will announce the new appointments, which have triggered a controversy. The minister said that the officials he proposed for appointment represent all sections of the society and meet the conditions required for the appointment. He said a number of them are academics and some have experience in the oil sector. The reported appointments have triggered a controversy, with a number of newspapers targeting Omair and accusing him of appointing his relatives and others who backed his election campaign as a candidate in parliamentary elections. The minister categorically denied that he exploited his political post to appoint any of his relatives or friends.

Meanwhile, a parliamentary panel that probed allegations of illegal distribution of farmland to citizens yesterday completed its report and called for referring a number of officials to the public prosecution. Member of the committee MP Khalil Abul said the probe reached a conclusion of suspected profiteering in the Public Authority for Agriculture Affairs and Fish Resources (PAAAFR). The lawmaker said the committee recommended that the entire issue be referred to the public prosecution for legal investigation.

It also recommended that all officials at PAAAFR including the former director and the current acting director be referred to the public prosecution. The case came to light several months ago when allegations were made that hundreds of state-owned plots of farmland and those housing stables for animals were distributed to people who do not meet the required preconditions. The decision of the committee also calls on the concerned minister to suspend all those the panel called for sending to the public prosecution, Abul said.

The committee also wants the concerned minister to supply the names of those who illegally benefited from the land since 2006. Abul said the committee called on the authorities to withdraw state land granted to those who do not fulfill the requirements and ask the National Assembly speaker to sue all officials who provided false or insufficient information to the parliamentary probe panel during the investigation. In the meantime, MP Nabeel Al-Fadhl yesterday proposed a draft law calling to end all forms of subsidies on electricity, water and fuel provided to state departments.

The bill stipulates that all forms of subsidies on these services be suspended immediately for all government offices and departments, saying that the policy of subsidizing services given to government departments has not been successful. The new proposal does not apply to individuals.

All other positions at the group remain as they were, reflecting the depth and stability of the business, Bader Al- Kharafi said. He also noted that there were no changes in the firm’s policies for the coming period. Al-Kharafi family has stakes in a number of high profile Kuwaiti companies including telecommunications firm Zain and construction firm Kharafi National. — Agencies

KUWAIT: Minister of Justice and Minister of Awqaf and Islamic Affairs Yaqoub Al-Sane stressed yesterday the urgent need to approve the anticybercrime law in Kuwait to counter terrorist organizations and fill the gaps in the criminal legislative system in light of the dangerous situations in the region.

Sane made his remarks in a statement to reporters following his participation in the Parliamentary Legislative and legal Affairs Committee meeting, which recommended a proposal for the anti-cybercrime law.

The law’s tenth article stipulates that a 10-year imprisonment and a financial fine ranges between KD 20- 50 for whoever establishes a website for any terrorist organization or individual, or whoever posts, spread, and finance their ideologies and methods online or through other communication sources, Minister Sane noted. He also said that the law’s eighth article stipulates that a seven-year imprisonment for those who use communication technologies to promote their drugs and human trafficking activities. —KUNA

KUWAIT: Capital deputy prosecutor ordered the detention of an Asian woman for pregnancy out of wedlock, adultery and abortion. The woman will be taken in police’s custody after she is released from the hospital, where she was admitted yesterday for treatment.

Attempted suicides A Pakistani man attempted suicide following a dispute with his wife. The man was later charged with attempted suicide. Also, an Indian man tried to kill himself by ingesting an insecticide, and was taken to Jahra hospital in a critical condition.

Robberies A Bangladeshi man told Salmiya police that an unknown person broke into his room, beat and tied him, then took KD 1,300 and a set of golden jewelry. Meanwhile, a citizen told Ahmadi police that two generators, one electric saw, one circular saw, and KD 170 were stolen from his company

MOI arrests Interior Ministry Assistant Undersecretary for Correctional Institutions Affairs Maj Gen Khalid Al- Dayeen said the special security team arrested 457 persons who are sentenced for less than a year in jail; 242 sentenced for 1-5 years; 148 for 5-10 years; seven for 10-15 years and six for 15 years and more. They also arrested three people who are sentenced to death and 38 persons for transfer to the psychiatric hospital.